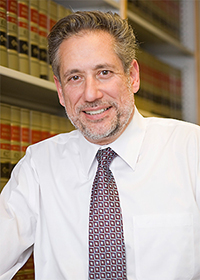 Mr. Bader is the firm’s senior trial attorney, and specializes in the litigation of complex civil cases involving personal injuries and deaths caused by motor vehicle accidents, defective products, construction accidents, dangerous prescription drugs, medical malpractice, excessively hot water, lead paint exposure and other negligent conduct. He has devoted his career to representing the rights of those injured and killed as a result of the negligence of third parties. His years spent at a prominent defense firm gives him the unique perspective of being able to understand how his adversaries go about litigating their cases and preparing for trial.

Leading a team of legal associates, expert witnesses and medical professionals, Mr. Bader has tried many cases to verdict in state and federal courts in both New York and New Jersey. Over the past 30 years he has recovered millions of dollars for our clients in verdicts and settlements, and in recognition of this success, has been granted membership in the prestigious Million Dollar Advocates Forum, and has been recognized by Super Lawyers as one of the top 100 attorneys in the New York Metro Area.

Please complete our comprehensive case form so that we may get back to you as effectively as possible. Thank you.